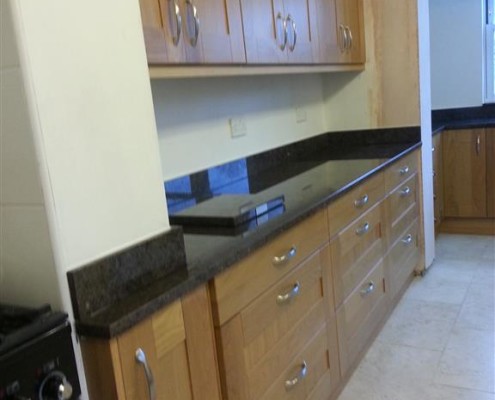 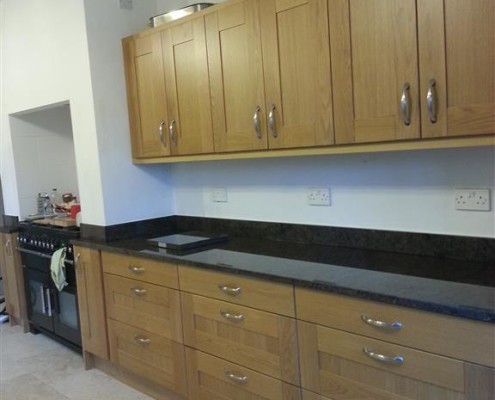 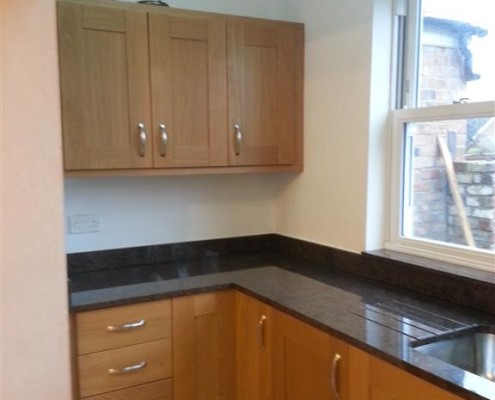 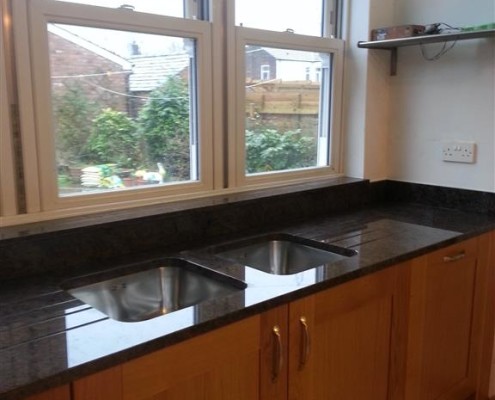 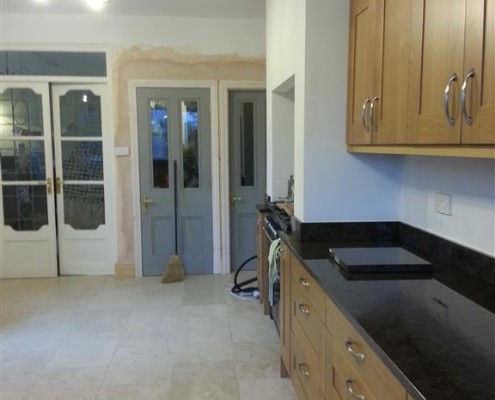 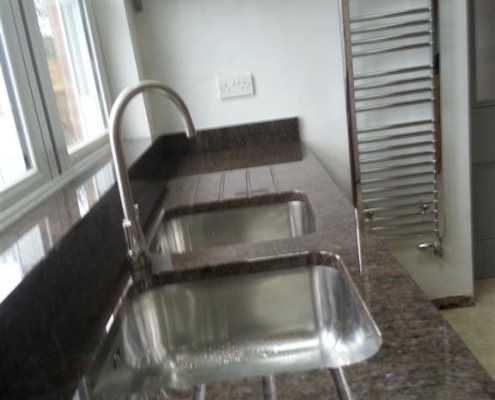 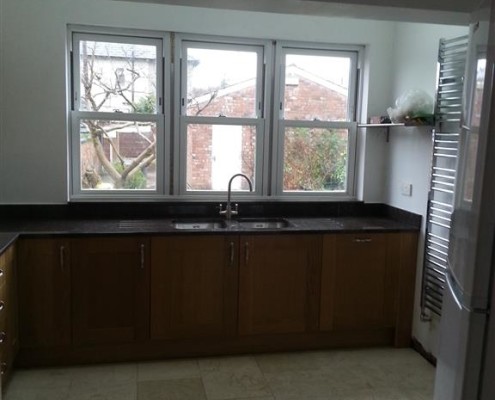 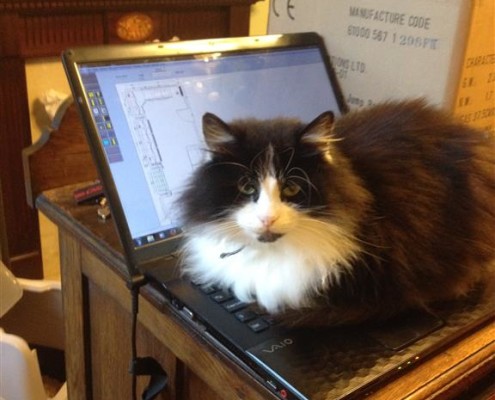 Chris & Les came to us after we had fitted their daughters Kitchen (Anne-Marie) It was quite an easy decision for them to make because they really liked the range that Anne-Marie had chosen (Indiana solid oak shaker) so we went with that. Chris and Les already had a range cooker that they were happy with so we stuck with that on the cooking side so the only appliances we need to supply were the integrated dishwasher and the 2 x Blanco Supra undermount sinks and of the course the tap which was a Bellagio as seen in the photos.

Layout was also an easy decision because Chris had already decided how she wanted the kitchen which mainly consisted of drawer packs along the main wall. Granite chosen was the Labrador Antique which was a nice choice because i personally hadnt fit that particular top and i think i goes very well with Oak doors. The kitchen we saw when we first visited Chris & Les basically consisted of free standing storage units which they had put up with for a while after being put off by their previous builders who had put them off as with many other stories we hear about cowboy builders.

What do you say about a kitchen being fitted?  It was planned, it was practical and it was pleasant.  We’d been in the process of getting the kitchen fitted out after some building alterations and already had a plan from another company but the details were not quite right and we wanted time to think.  Then, after a few months, along came Nev when his company fitted my daughter’s kitchen and did a good job.  We liked it so we asked him to call on us and look at our job.

He arrived on cue and set about measuring and talking about what we wanted and needed.  There was only really one layout for us with units along two adjacent sides of the room.  The cooker would go in only one place and was already there, and the sink must be in one place.  We wanted deep drawers and wall cupboards.

Nev went about planning things differently.  Without radical changes to our plan he pointed out variations that might be made to improve things.  He gave an extra line of drawers to give us more useable space.  He redesigned the corner in a neater, simpler and more accessible design.  He saw possible problems and worked with us to ensure that they were sorted and agreed before the kitchen went in.  He came back to look again three or four times, and at every stage he maintained a dialogue with us so the planning was a team effort and any changes were decided upon early.  This was particularly the case with the sinks that we wanted, and he met us at another company’s showroom to look at and talk about what was possible and available.  We liked this and the fact that his company work with other specialist companies to ensure the best quality of finish and a good price.

When it came to the work surfaces he directed us to a company that supplied a wide variety of granite and composite work tops.  Once we had decided what we liked and were at the point of fitting the worktops, they came along to measure and make a template.  They also discussed everything so that we knew we would get what we wanted, and then they were back a couple of days later to fit the granite they had just cut and shaped for us.  They were quick, tidy and efficient and did a very good job.

All along the fitters were professional in every way.  They did not disrupt the household more than necessary: they discussed and clarified points with us as they went: they were clean and tidy and took a great pride in their work.   All I can say more is that this is about the fifth kitchen fitting I have been involved with and these guys were by far the best.  I anticipate using this company some more in the future. 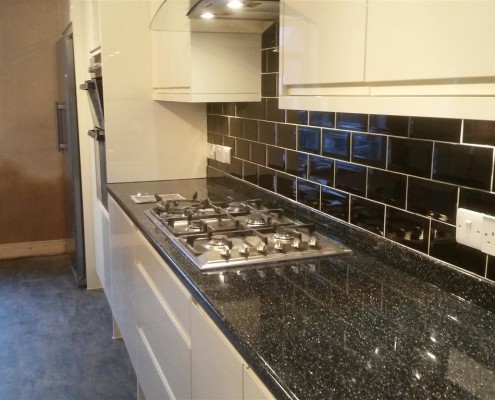 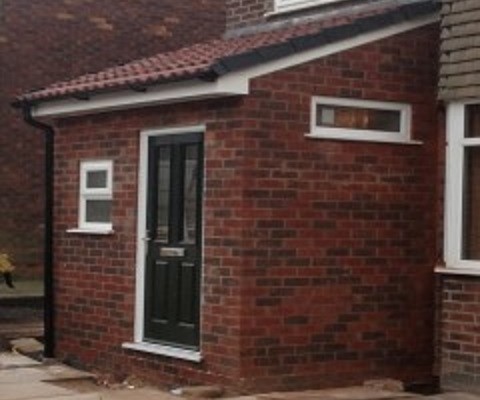 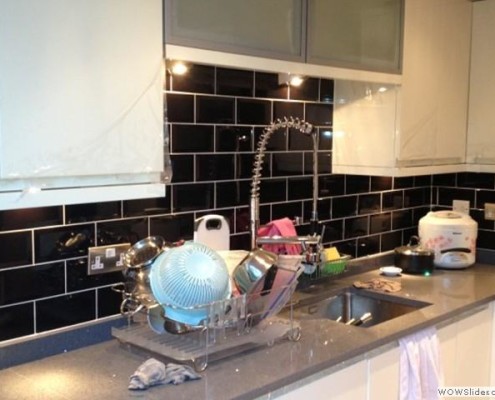 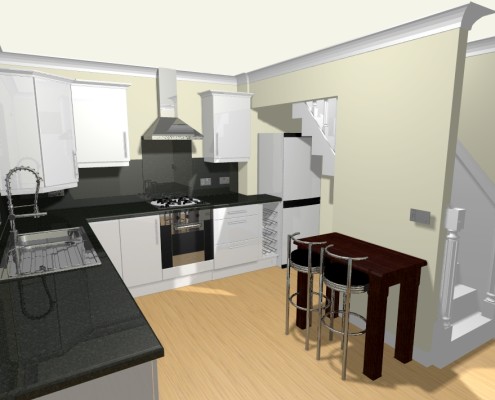 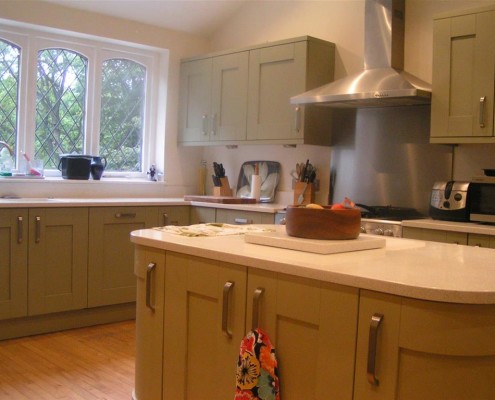 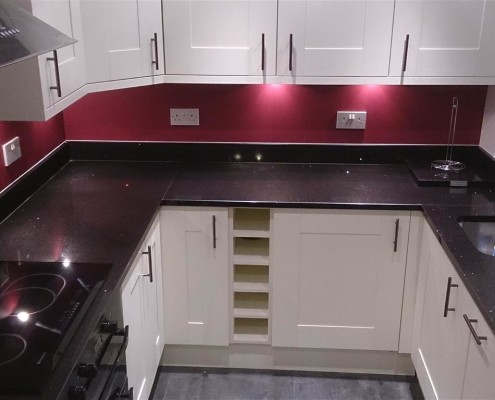 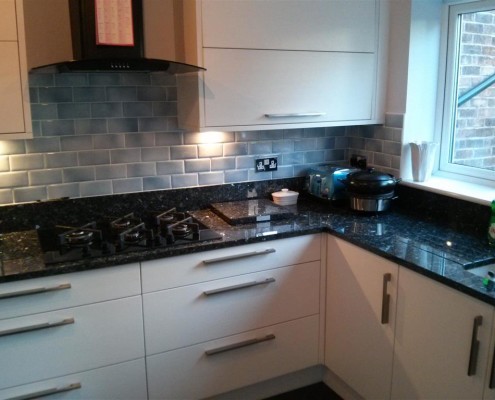 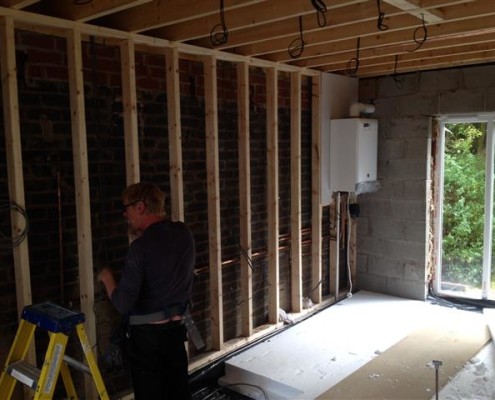 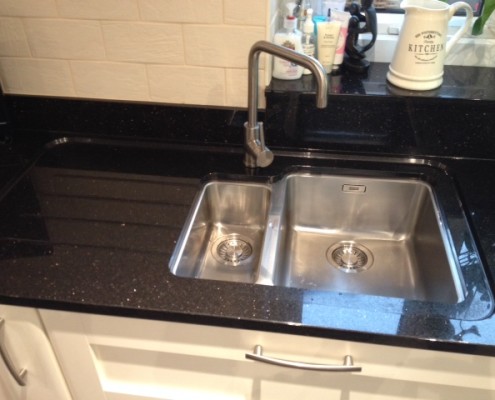 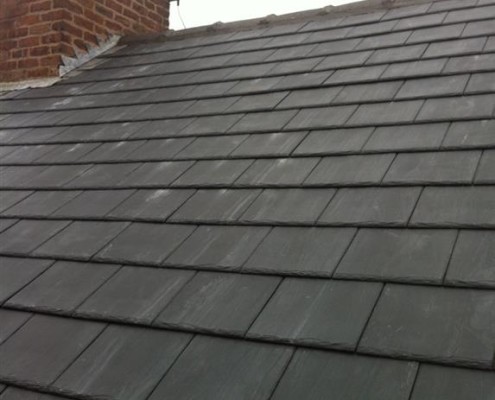